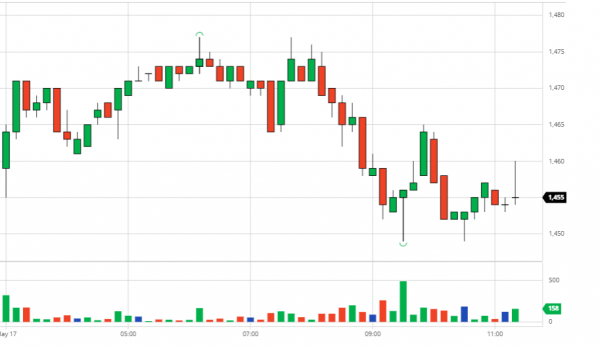 The price of coffee beans in the Central Highlands provinces remained unchanged, still fluctuating in the frame of 32,700 – 33,200 VND/kg.

Export Robusta coffee price type 2, 5% broken black, stood at 1,504 USD/ton, FOB – HCM, with a difference plus 20 USD/ton in term of September in London.

Reais copper rose 0.18%, to $1 = 5,2620 Reais as the outside market was still concerned about the risk of rapid inflation, while the US stocks dropped again in the correction of most markets, in general.

Robusta coffee prices corrected to lower following the report that certified inventories in London rose to a high level after 6 months. Meanwhile, the price of Arabica coffee recovered slightly due to the speculation in New York returned to increase as speculated due to concerns about a decrease in Brazilian output this year.

Conab Brasil reported that this year’s Arabica coffee production has decreased by about 21 – 30% due to the “two-year” cycle and the adverse weather from the beginning of the crop. The weather report for the next 15 days will see scattered light rain and no sign of frost weather although cold air has begun to move further inland.